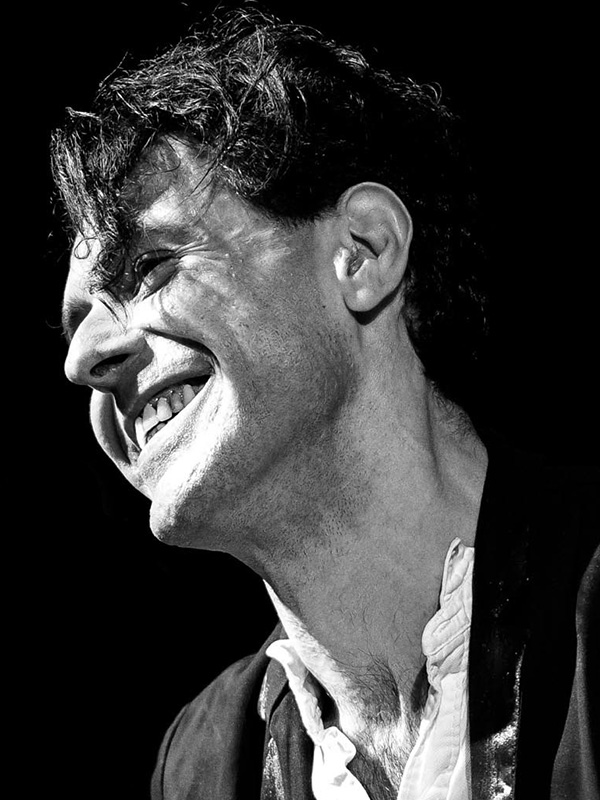 Ezio Bosso was born in Turin into a working-family but, right from his early performances, he expressed the desire to go beyond all boundaries which has characterised his entire, lengthy career. At the age of 16, he made his debut in France as a soloist, then he completed his studies in composition and conducting at the Vienna Music Academy (Wiener Hochschule) and he now collaborates with several European orchestras, among which the following are worthy of mention: the Chamber Orchestra of Europe, Festival Strings Lüzern, Deutsche Kammer-Virtuosen. Constant research, versatility, passion for dissemination as well as generosity have been the characteristic features of his artistic pathway and he has accumulated an extremely long list of collaborations undertaken with prestigious musical institutions along with concert seasons he has performed as a composer, performer, conductor and member of chamber music ensembles including: The Royal Festival Hall in London, the Sydney Opera House, the Palacio de Bellas Artes in Mexico City, the Teatro Colón in Buenos Aires, the Carnegie Hall in New York City, the Teatro Regio in Turin, the Houston Symphony Orchestra, the Perelada Festival, the Teatro Carlo Felice in Genoa, Lac Lugano, the Auditorium Parco Della Musica in Rome, Lietuvos Fhilarmonija, St Martin in the Fields. He has achieved many important acknowledgements, such as the Green Room Award in Australia (to date, he is the only non-Australian to ever win this prize) and the  Syracuse New York Award in the USA; his music has been commissioned or used by the most important world-class opera institutions  such as the Wiener Staatsoper, the Royal Opera House, the New York City Ballet, the Théâtre du Châtelet, the San Francisco Ballet, and the Bolshoi Theatre in Moscow to name just a few, but also by prestigious choreographers and famous directors. In London, where he currently lives, he was the Principal Conductor and Artistic Director of The London Strings.

He has also undertaken collaborations with great soloists, such as Mario Brunello, with whom he has had an intense duet partnership, with Francesco Manara (Concertmaster of the Orchestra of La Scala), Roberto González (Concertmaster of the Orchestra dell’Accademia di Santa Cecilia in Rome), and the brotherly relationship that unites him with violinist Sergey Krylov. In 2015, The Art Newspaper (the most authoritative arts-related periodical newspaper worldwide) and Penelope Curtis, the director of Tate Britain, described his concert, held inside the Ikon Gallery as “the artistic event of the year in the UK.” In the same year, he was chosen by the Alma Mater University in Bologna to write and conduct his Symphony No. 4 dedicated to the Magna Charta of European Universities and which contains the first official anthem of this major global institution.

From 2016 Ezio Bosso is a worldwide performer for Sony Classical International, that has released his latest works entitled “The 12th Room” that has won the Gold Record Award with over 50,000 copies sold, the anthology “Ezio Bosso… and the Things that Remain (from 2004 to the present day)” as well as “The Venice Concert,” with violin soloist Sergey Krylov, which featured the live performance that initiated his comeback to the baton at the Teatro La Fenice. Overall, these most recent chamber music and symphonic titles have sold more than 20,000 copies, breaking yet another record on the Italian classical music market. Many of his unpublished recordings will soon be released.

Moreover, Ezio Bosso is the Testimonial and International Ambassador of the Associazione Mozart14, official legacy of the social and educational principles established by the late Maestro Claudio Abbado, pursued with unique dedication by his daughter Alessandra. This confirms Maestro Bosso’s didactic and social commitment underlined by his intense dissemination activity, constantly emphasised through his concerts, his decision to open, where possible, all the orchestra or chamber music rehearsals to the public. He is the first conductor to do so:  his lessons are open to everyone, but also his ventures with the Opera Pia Barolo and Medicina a Misura di Donna in Turin.

In April 2018 David Dawson created a new work, Anima Animus, to Ezio’s Violin Concerto No.1 for San Francisco Ballet. This ballet immediately became a favourite in the repertoire and performed again in San Francisco in April 2019 as well as on tour in the US and the UK. Future collaborations are being planned for 2021 for performance in Amsterdam with Dutch National Ballet.