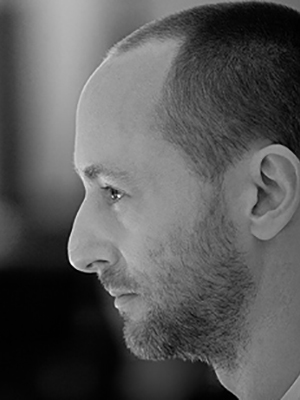 Born in Gloucester, England, I began training locally with Jackie Shewell-Thomas and later at the Royal Ballet School in London. After a performance at the 250th Anniversary Gala of the Vaganova Academy in (then) Leningrad, I was invited under full scholarship to train further at the Academy. Following graduation I returned to England where, disenchanted, I took two years away from professional dance before returning to (now) St. Petersburg to work with Boris Eifman.

After Russia I moved to Switzerland and danced with the Zurich Ballet, performing a mixed repertoire and working with many leading choroegraphers. It was here I first encountered true contemporary choreography and enjoyed a profound experience working with Mats Ek. Then, after taking some time out, I moved to Germany to dance with Ballett Frankfurt under the direction of William Forsythe, where I danced much of his repertoire and created several roles. This period changed my understanding of dance, theater and art in general, and it was here, with so many inspiring colleagues, that I began to accept the idea of myself as an artist.

Following a collaboration between Ballett Frankfurt and Jan Lauwers’ Needcompany, I moved to Belgium to work with the Brussels based theater company. I performed several theater productions and also took part in a feature film Goldfish Gamewhich won Best Ensemble at the Slamdance Film Festival. I then decided to freelance, working with Amgod Theater Collective in Brussels, Sjoerd Vreugdenhil in Amsterdam and also as a teacher in Europe, Japan and New Zealand. During this time, I made the short documentary The Grey Area in Creation in Amsterdam.

After Belgium I moved to New Zealand to work as Ballet Master for the Royal New Zealand Ballet under the direction of Gary Harris. A beautiful adventure, after which I moved back to Germany to work as Ballet Master for the Dresden Semperoper Ballet. Here I developed a close working relationship with my long-time friend, the choreographer David Dawson. I now have the great pleasure of traveling to many different companies and working with many wonderful dancers, teaching and staging productions for David.