With Dawson’s sensitive approach and his wealth of inventiveness he gives his kinetic response to Debussy’s world famous score that suggests a narrative that is abstract, timeless and modern, and with its focus remaining on the essence of dance itself. It is a duet of dazzling harmony that develops between two male protagonists before one is left behind to discover his own future.

David Dawson and his FAUN(E) were featured in the BBC documentary ‘For Art’s Sake: The Story of the Ballets Russes’.

‘When I first saw L’Après-midi d’un faune it felt as if I was looking at a living painting. It is a human and instinct based work that shows the animal that lies within us all. I was inspired by the highly stylized movement and its explicit sexual nature that was very modern for its time, and the eroticism in the famous photographs of Nijinsky as the Faune that had iconized him for me. Nijinsky was an inspirational creative force and as a man of his time, he was constantly pushing against the limitations of the traditional and testing his audiences’ patience and capacity to be able to welcome new ideas. By doing so he created ballet history. I had known the music for a very long time, but more as a piece within itself that reflected the period of its origin and the incredible creativity of the artists of the early 20th century. It was the essential guide for the narrative, but it also gave me an opportunity to have a fresh look at the concept and story and respond to it in my own way.

I wanted to present my FAUN(E) as something that had many ideas within it, but that would be presented as a work that is also abstract, timeless and modern. I was looking for something more universal. With Debussy’s arrangement for two pianos you hear a distilled and clearer presentation of the score. I felt it was more intimate, less romantic, more sober, and gives us the opportunity to hear the music in a more private way.

After reading the poem by S. Mallarmé that inspired the music and ballet, I researched a poem by Ch. Swinburne called Hermaphroditus which made me think about Nijinsky’s own split personality disorder and his own personal relationship with S. Diaghilev. This brought me to Ovid’s Metamorphoses, the rape of Salmacis with the subsequent transformation of Hermaphrodite and the story of Narcissus. This subject matter raised questions for me about androgyny, duality, vanity, sexuality, and identity, and that is how I decided on the title and concept. I liked the idea that fauns are thought of as inter-aged, beyond boyhood but before manhood. This reminded me of dancers. Also that like nymphs, they were considered ‘place spirits’ and associated with specific locations. I decided on using two men for this piece very early on and together in my mind they represent the passing on of information from one generation to the next, which is something that has kept classical ballet alive as an art form.’
— David Dawson 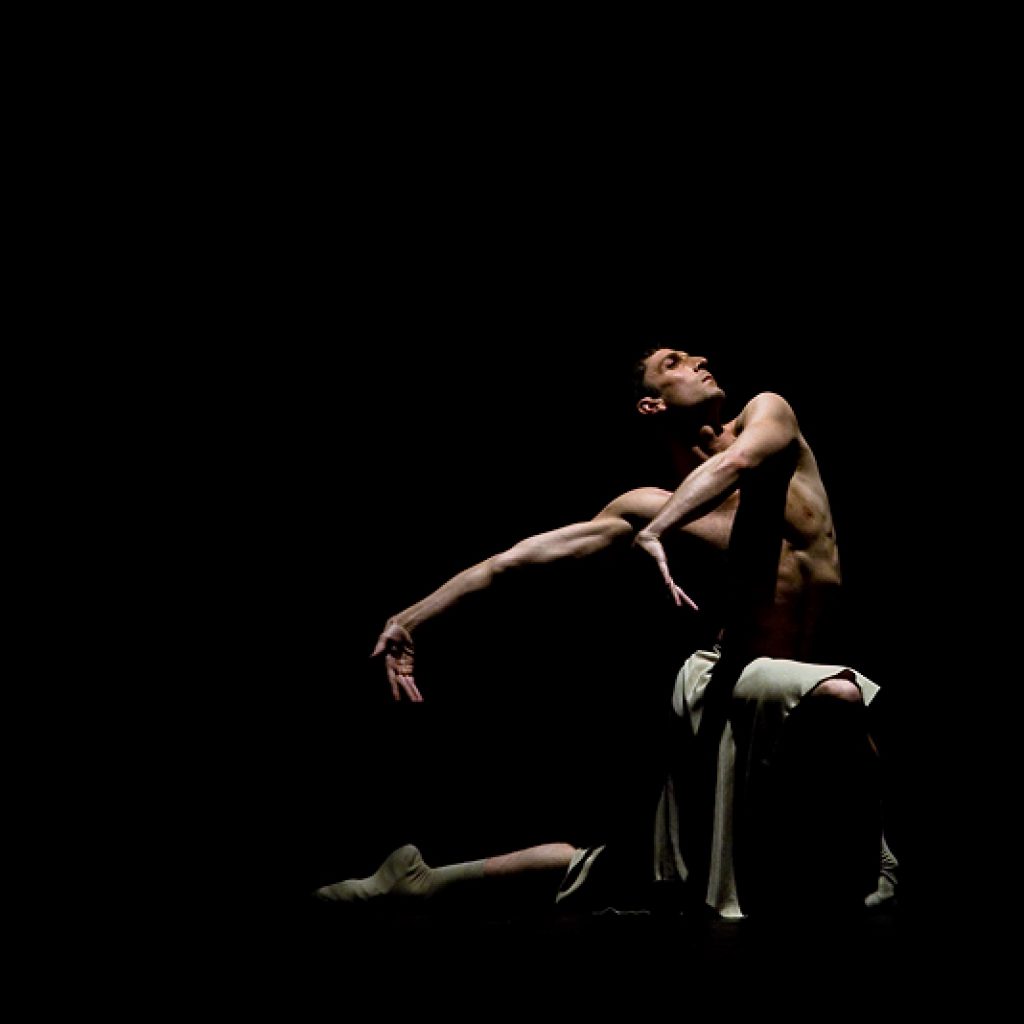 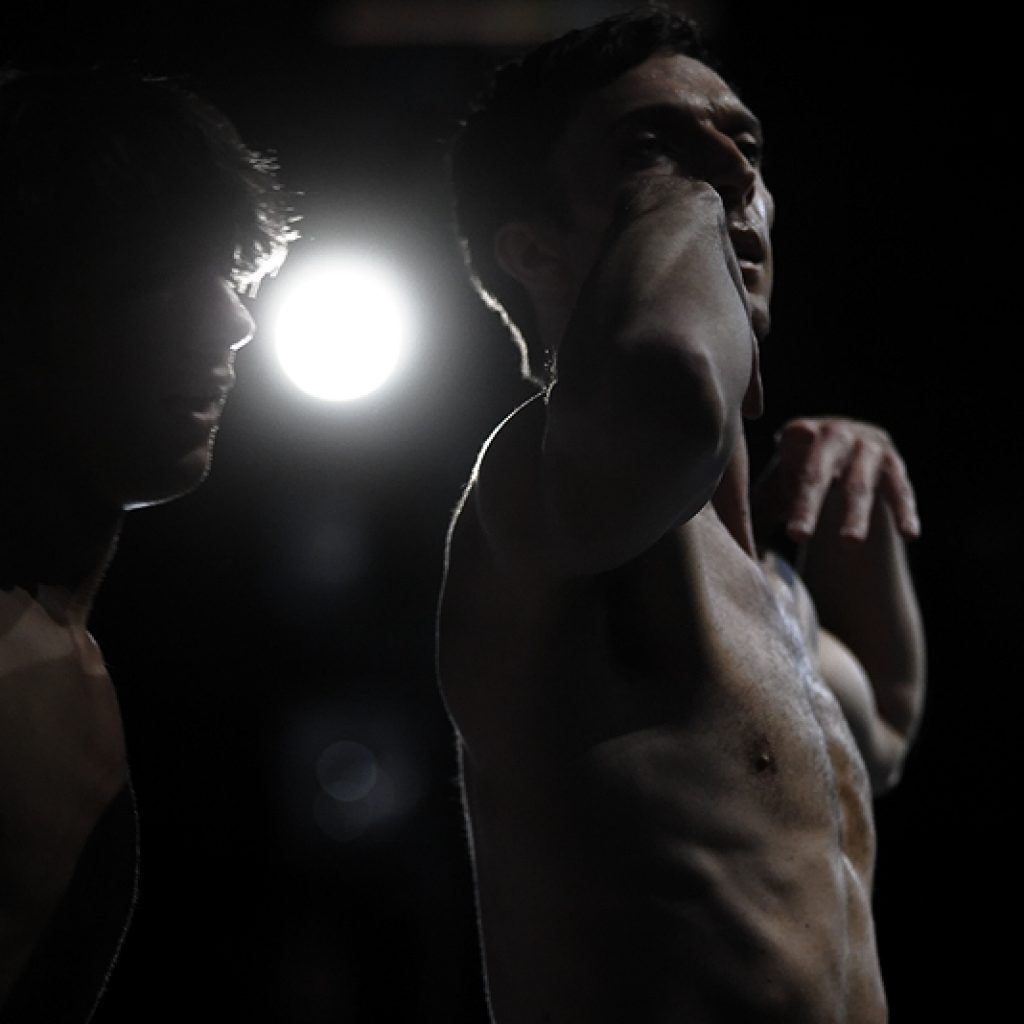 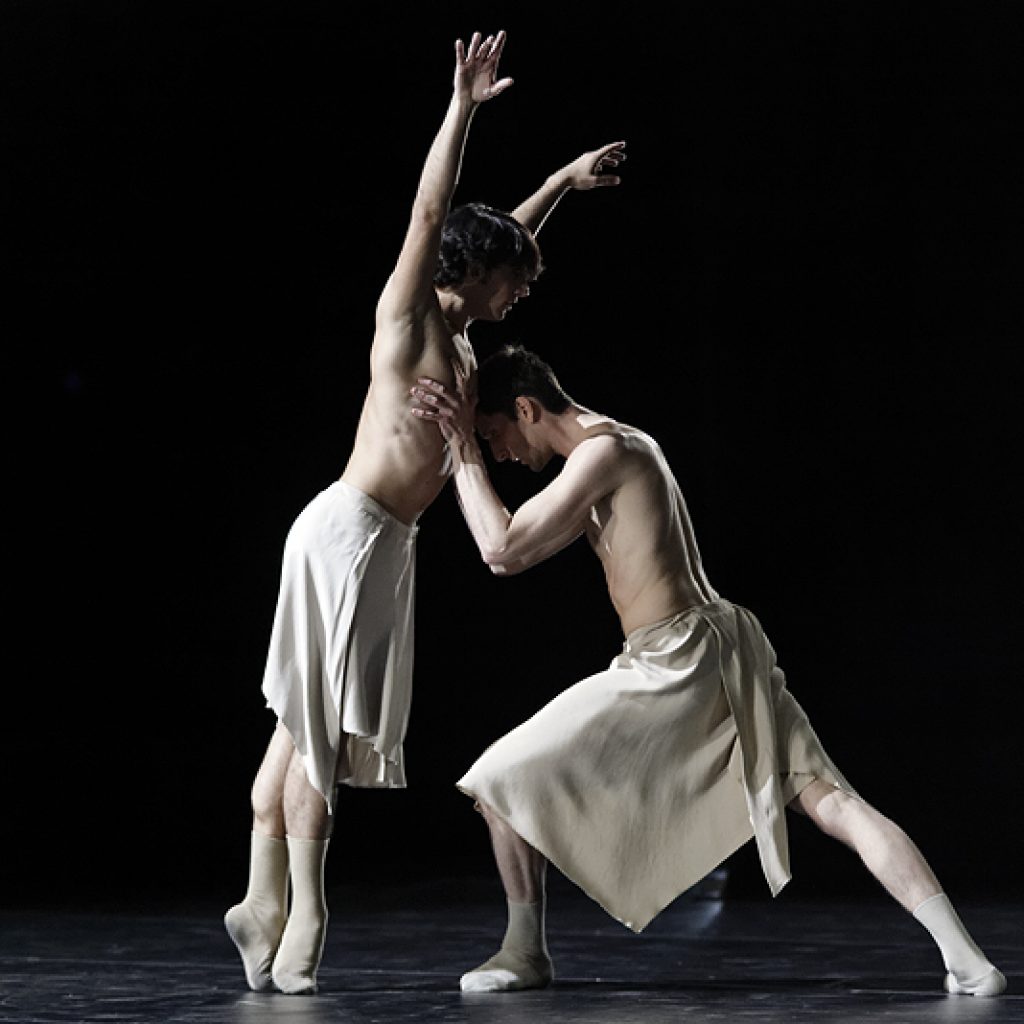 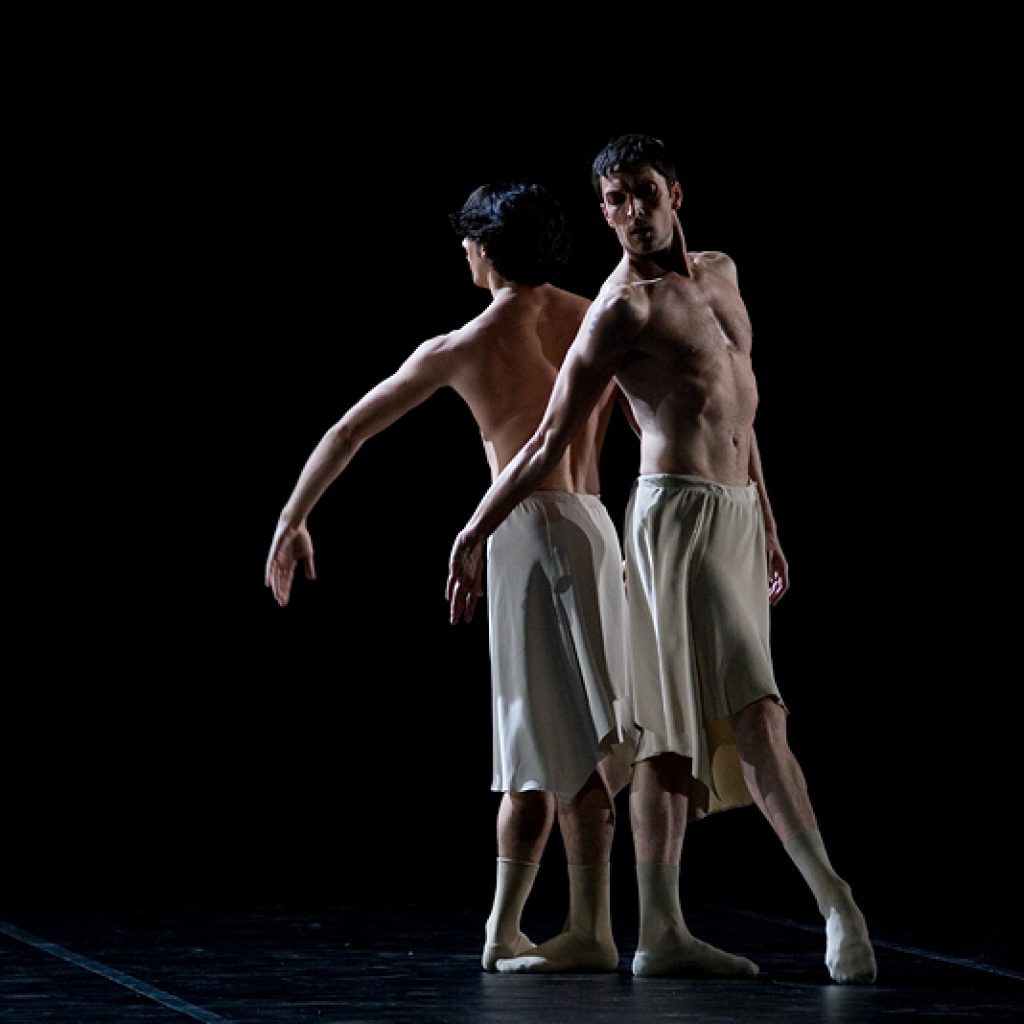 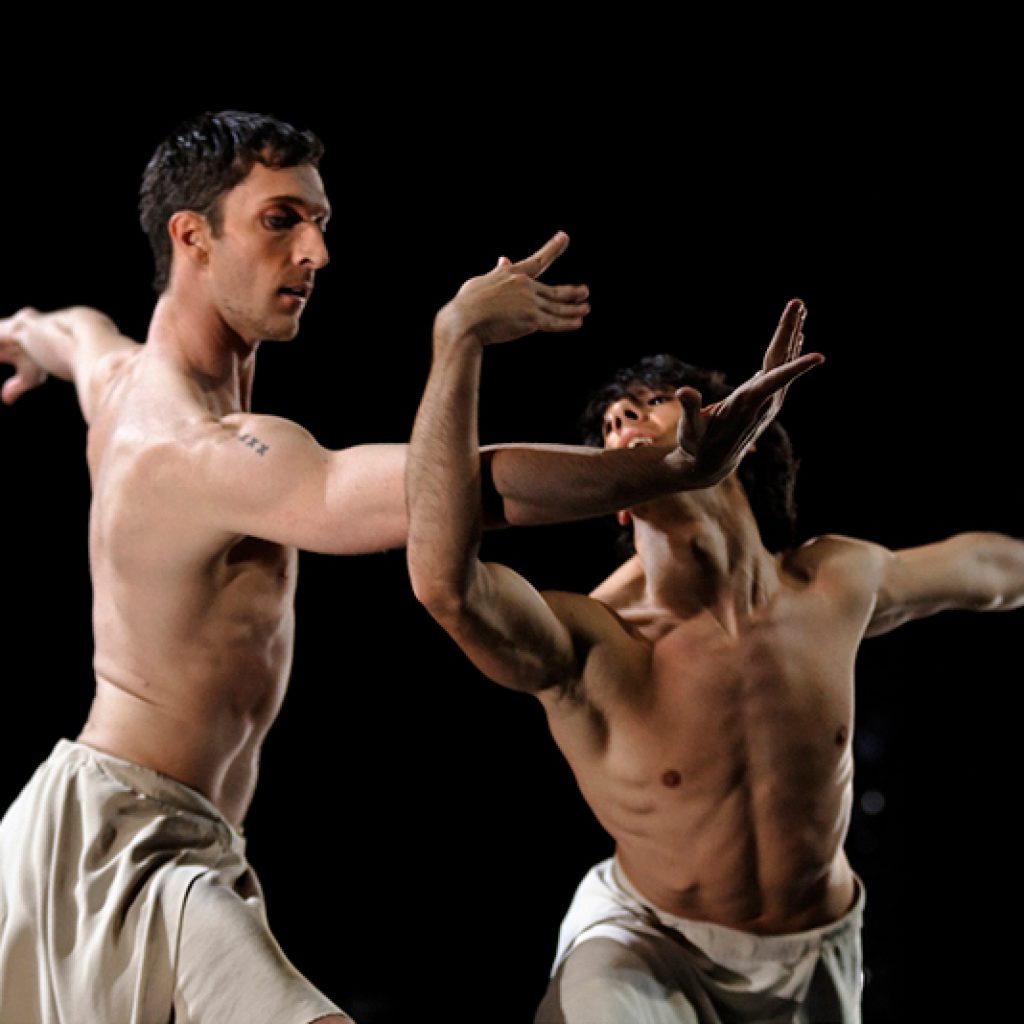 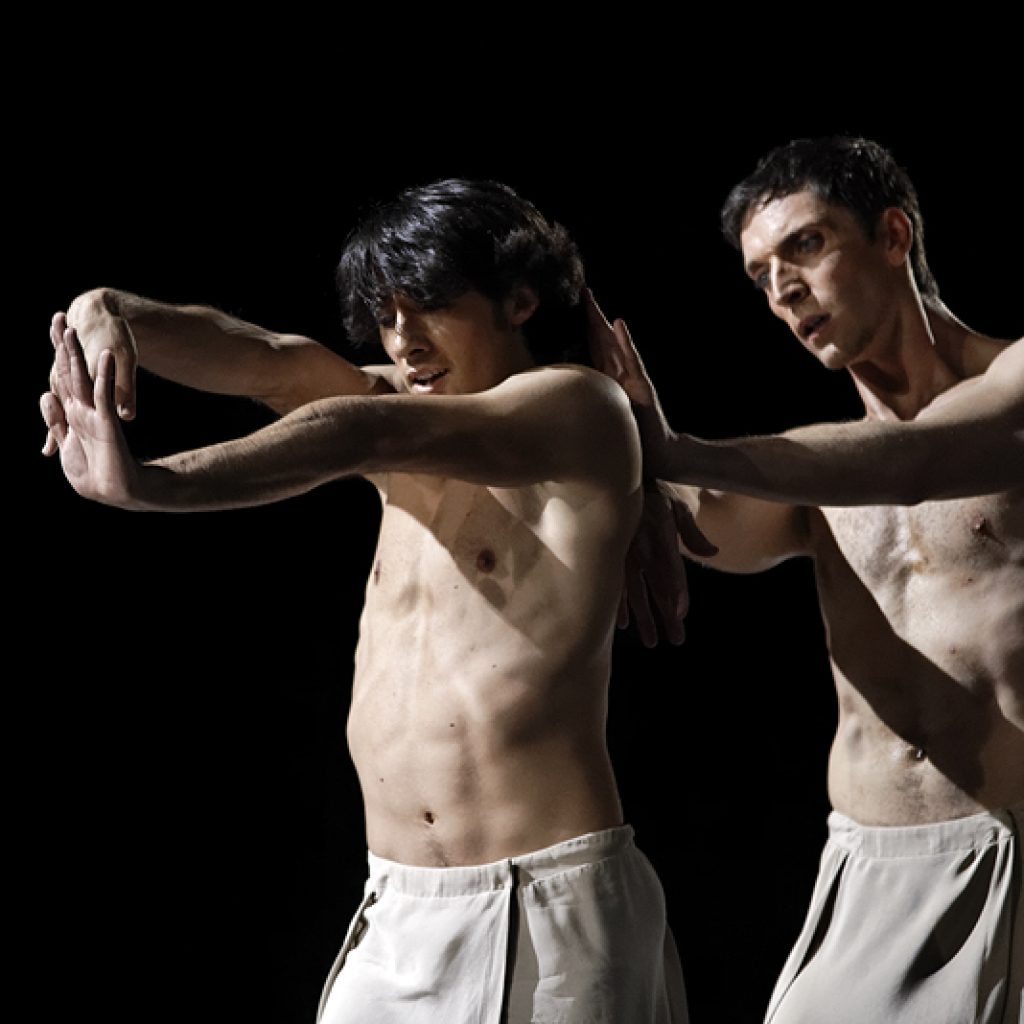 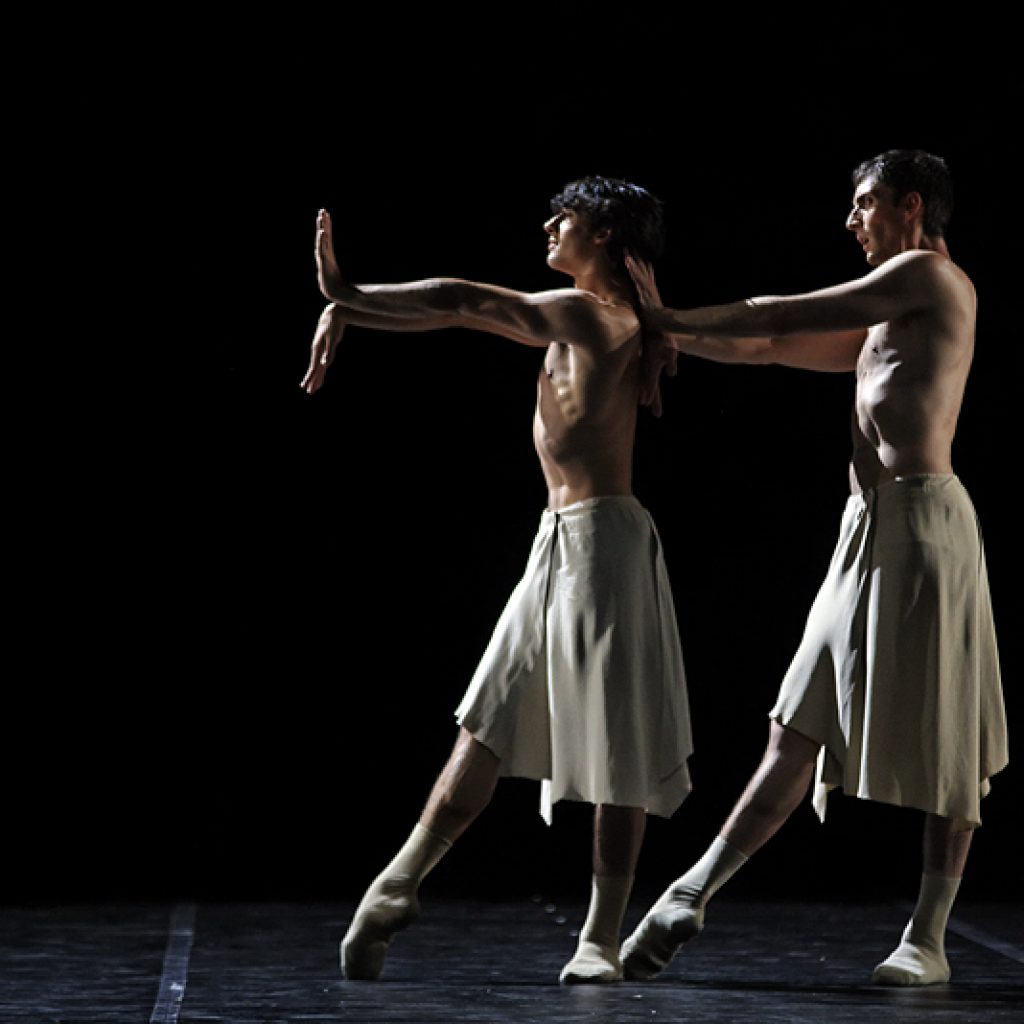 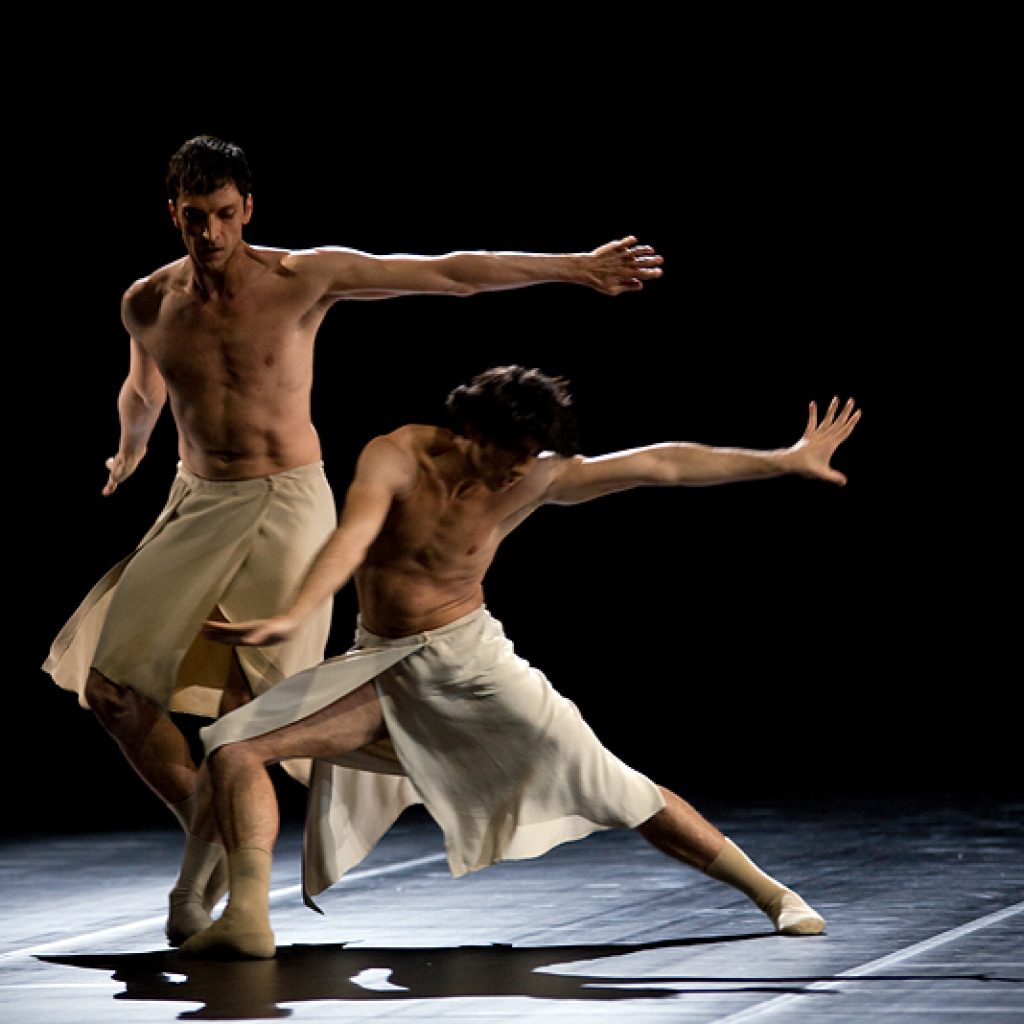 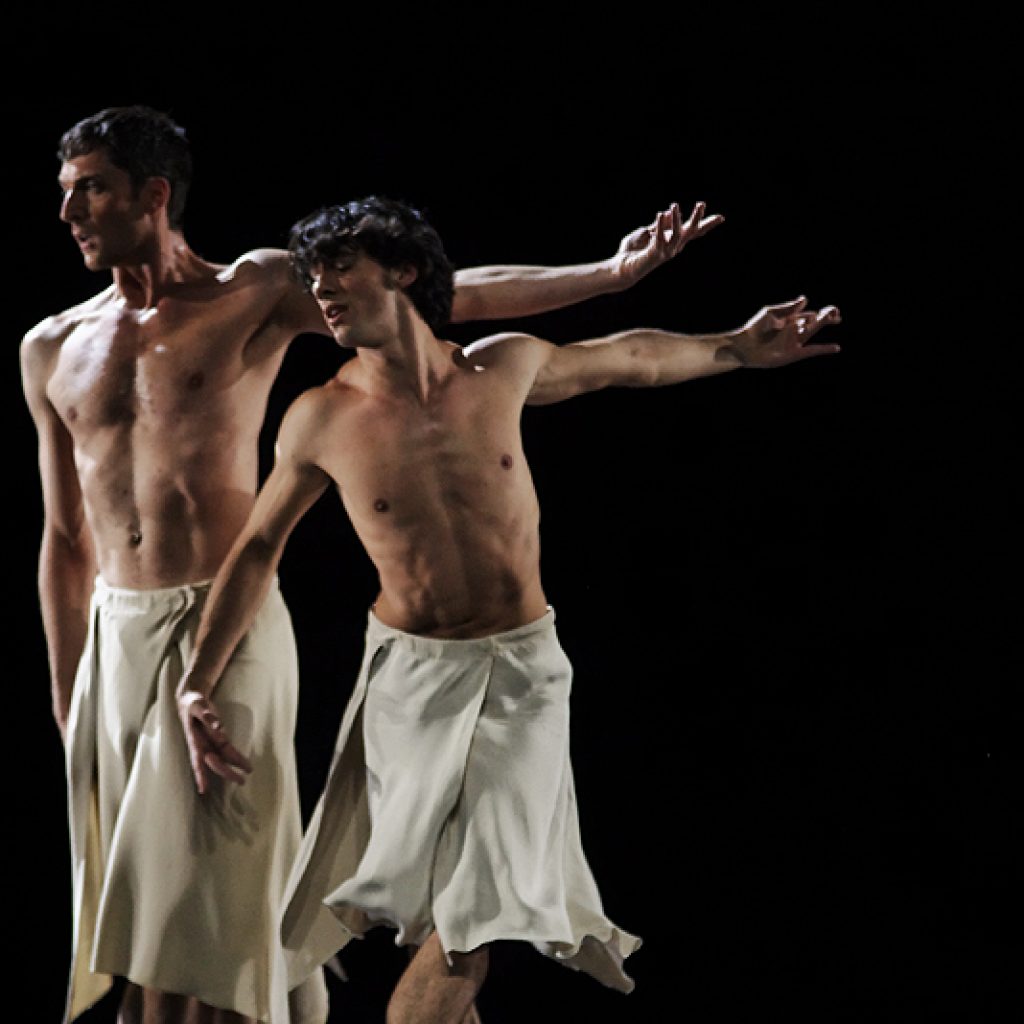 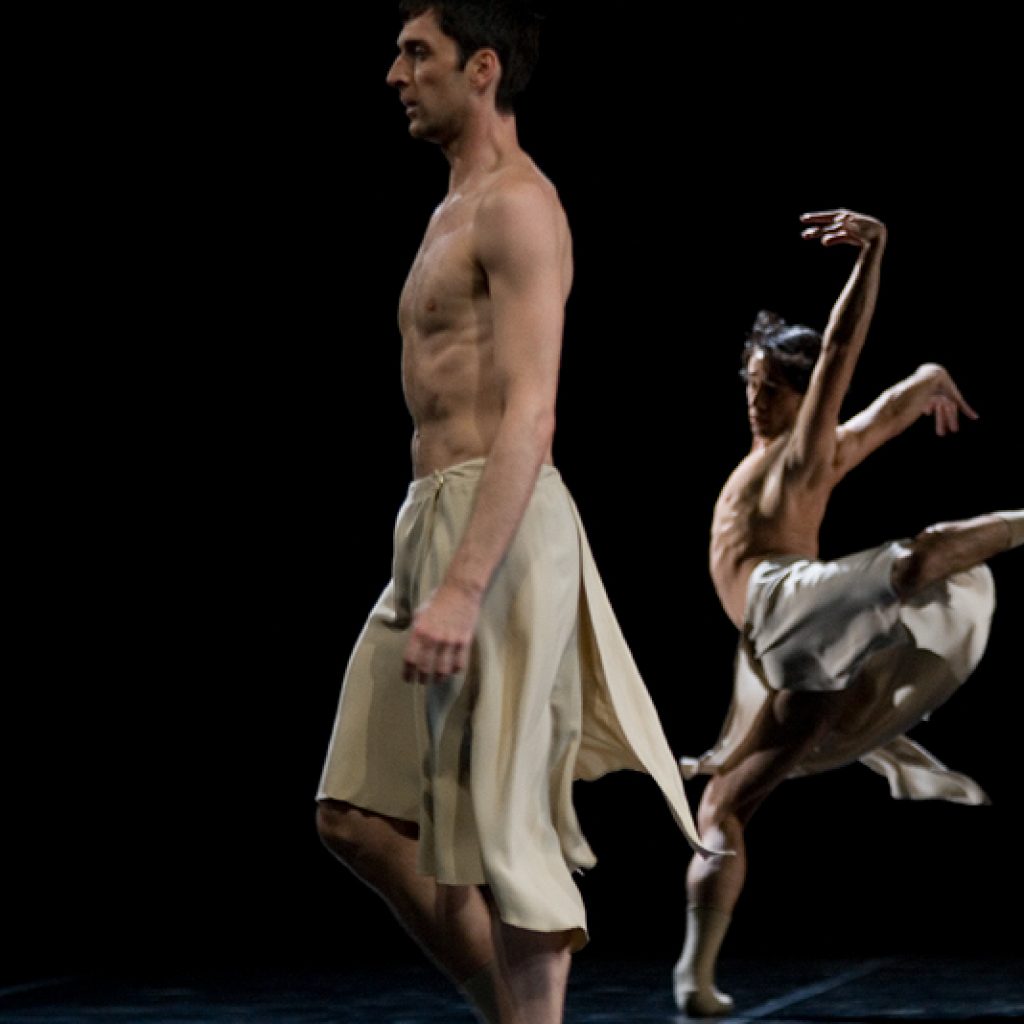 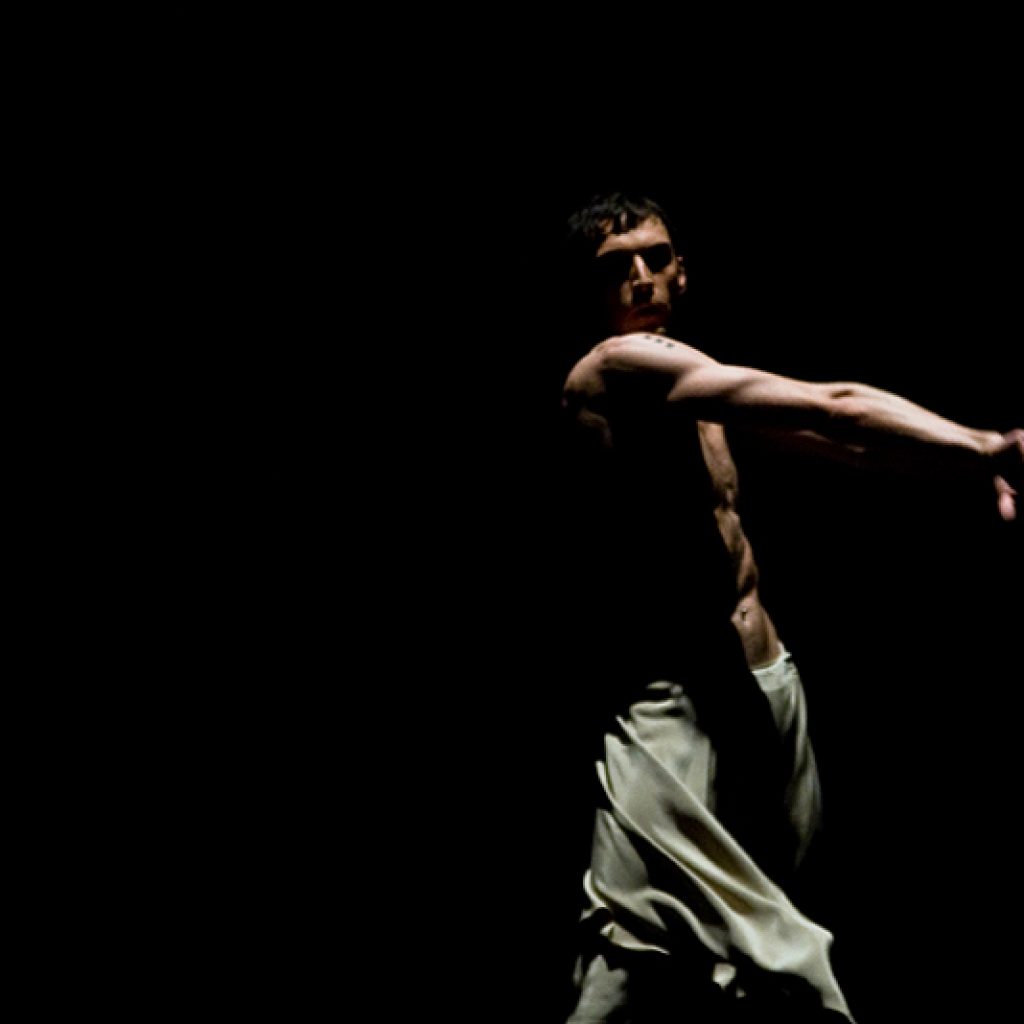 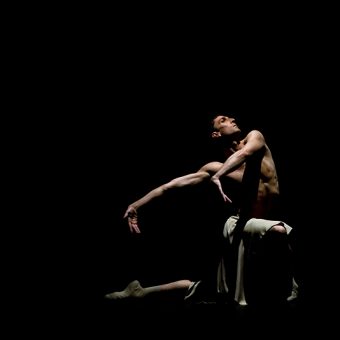 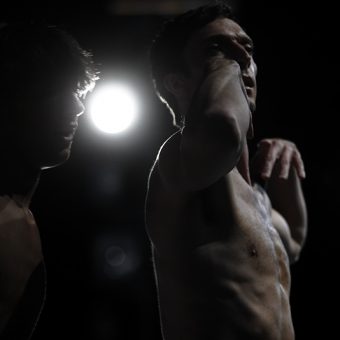 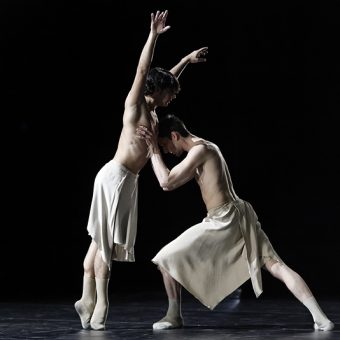 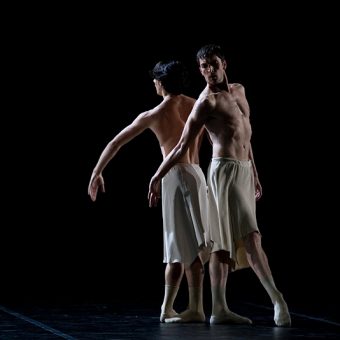 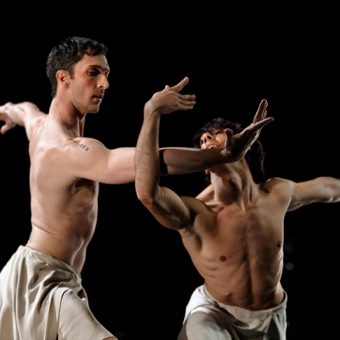 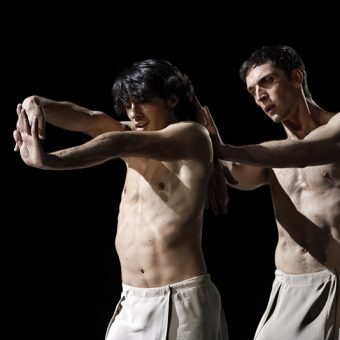 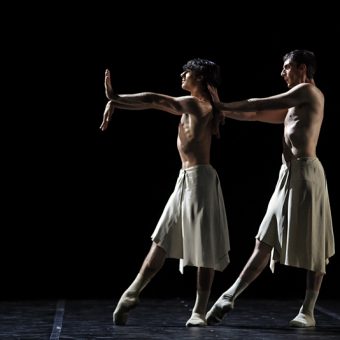 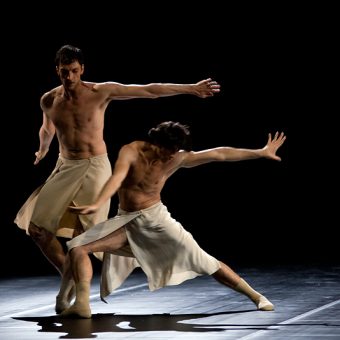 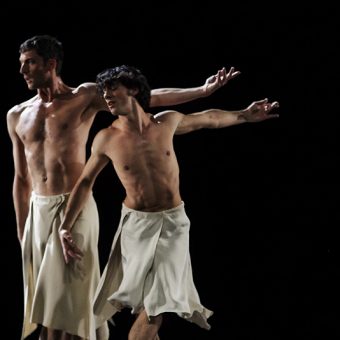 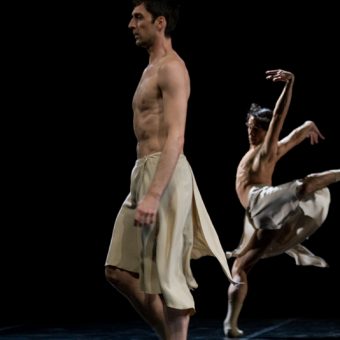 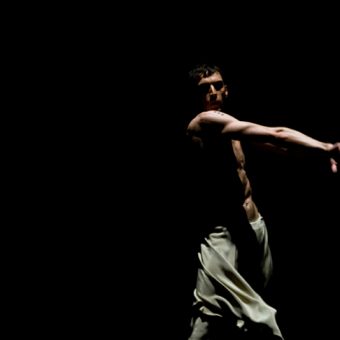 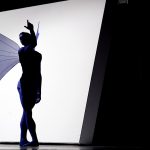 The World According to Uswork 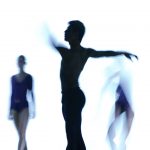