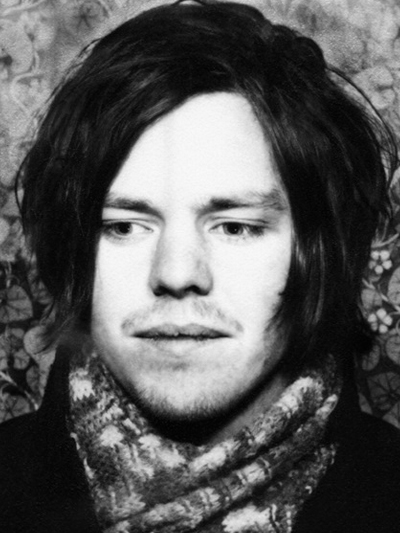 Greg Haines is an English musician and composer who has been living in Berlin since 2008.

He was born in a small town in the south of England in the 1980s, where he began from a young age to develop an interest in sound and the devices used to create it. Around this time, an enthusiastic music teacher began to introduce Haines to the works of ‘Minimalist’ composers such as Steve Reich, Gavin Bryars and Philip Glass, who had a profound influence over his musical trajectory. At this point, Greg began to develop his piano (and eventually cello) playing, feeling the desire to pursue his interest in textural, subtle music. Shortly after, Haines discovered the work of Arvo Pärt, and in it found his biggest inspiration to date. Pärt’s intricate use of both space and density informed Gregs first solo release, Slumber Tides, released on the Norwegian Miasmah label in 2006. The album was critically acclaimed worldwide, leading Musique Machine to state:
“This is music to fall into and let it embrace your heart and soul. Be warmed and sadden by its slow unfolding beauty and grace. Clearly one of the most luxurious and emotional rich debut albums you are likely to come across this year, or any other year for that matter.”

Later, the opening track from the album, Snow Airport, would be used on the Universal/Point Music compilation Reflections on Classical Music, alongside compositions from some of the very composers who inspired it, such as Gavin Bryars and Philip Glass.

In the wake of his debut, Greg toured extensively and began to develop as a live performer, and in particular as an improviser with a wide range of various musicians. To date, Greg has toured throughout Europe, Japan, Australia and the USA.

In March 2010, Berlin’s Sonic Pieces label released Until the Point of Hushed Support, a forty- eight minute composition written for string quintet, church organ, piano, percussion, electronics and a whole array of other sounds and textures that were carefully constructed over the past two years.

Later, in March 2012, Digressions was released on Australia’s Preservation label. The album includes performances by Peter Broderick and violinist Iden Reinhart, as well as an 18 piece ensemble. The album was largely seen as a great success, with one reviewer for Fluid Radio writing:
“What drives a connection? It’s usually only dimly understood by the people experiencing it, and so it is with Greg Haines’ third album ‘Digressions’ and me. Well over a month I’ve been listening to it, and I still cannot for the life of me work out why I think it is one of the best records I have ever heard, one that has clicked with me like few else recently. Music is subjective, and what is a masterpiece to me may sound like nothing of the sort to you; an assessment based solely on my opinion and little else. Still, if I was to put money on it, I’d say that ‘Digressions’ is going to be talked about for some years, and will in hindsight be the point where the Haines’ trajectory will be seen to trend sharply upwards.”

Since 2008, he has also been working regularly as a composer for dance, creating music for choreographers such as Meg Stuart (Berlin), Ina Christel Johannessen (Oslo), and the MD Collective (Cologne). In 2009 and 2010, Greg was invited to be composer in residence at the Theale School of Performing Arts for two years running, creating pieces and working with students from all kinds of musical backgrounds.

In February 2012, Greg premiered day4 with contemporary ballet choreographer David Dawson, the Holland Symfonia and the Dutch National Ballet as part of their 50th anniversary celebrations. The collaboration with David Dawson continued in the following year and resulted in two world premieres, Opus.11 and The Human Seasons for Royal Ballet.

The album Where We Were, focusing on synthesizers and percussion, was released this year along with a vinyl box set comprising his three previous albums.